Kyushu Institute of Technology established Center for Nanosatellite Testing (CeNT) in its Tobata Campus on July 7, 2010. CeNT is composed of specialized test facilities to test or measure such things as thermal vacuum, vibration, outgassing, mechanical shock, thermo-optical measurements, thermal cycle, thermal shock, and antenna pattern. To verify operation in the extreme space environment, various environmental tests are required. A dearth of a centralized facility for environmental testing has made entry into the space sector through nanosatellites development difficult. A centralized environmental testing facility, such as CeNT, stream-lines and reduces time for satellite development while maintaining the traceability and consistency of test data. 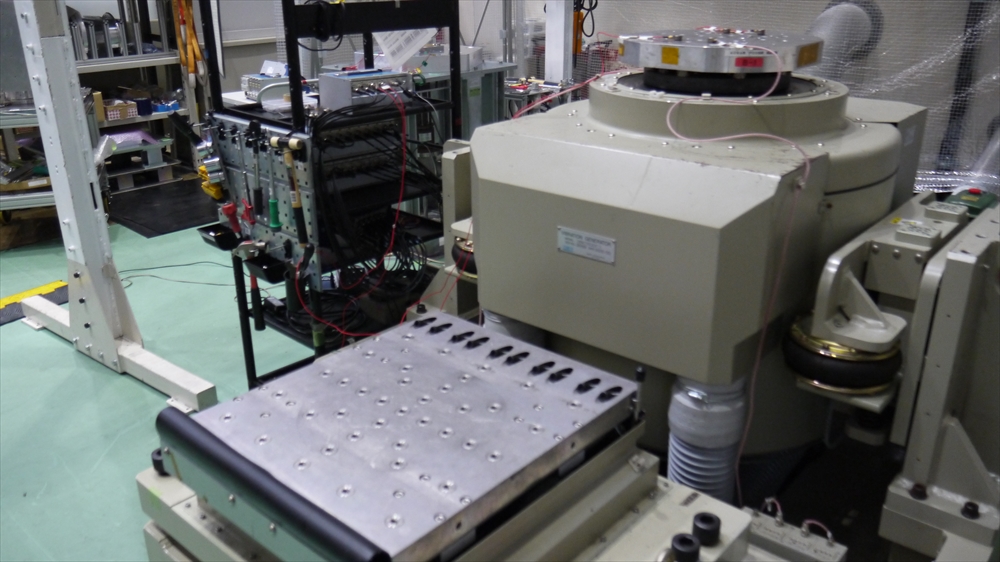 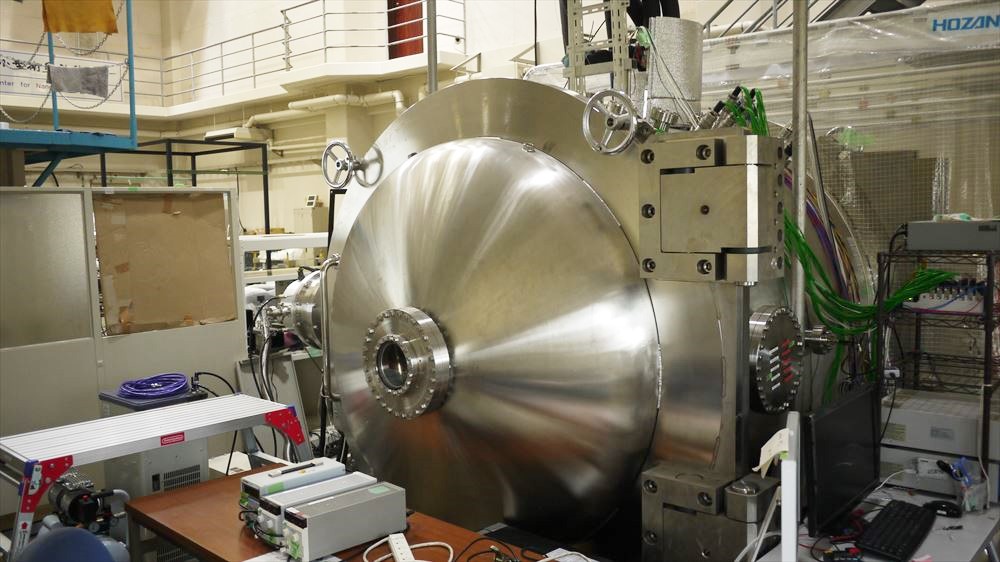 CeNT is the world’s first nano-satellite test facility designed specifically to test satellites whose dimensions are under 50 cm per side. CeNT can perform all major environmental tests except for radiation testing. The following can be tested or measured: thermal vacuum, vibration, outgassing, mechanical shock, thermo-optical properties, thermal cycle, thermal shock, and antenna radiation pattern. Nanosatellites up to 50cm in dimension and up to a mass of 50kg can be handled.

It is the hope of CeNT that a wide variety of satellite developers inside of Japan and outside of Japan will use the facilities of CeNT. We want to make it easy for developers from government, industry, and academia, to “quickly build and then quickly test” their hardware intended for use in space. Also, we help developers strike the balance between cost/speed and reliability. We are pushing forward vigorously with establishing international standards (e.g., ISO) for nanosatellite testing. We plan to be the global pace setter for these standards.

We invite overseas satellite developers to take advantage of CeNT for small satellite testing. We offer surprisingly low prices and we have academic experts that can advise you on testing strategy. Moreover, we offer training courses (e.g., 2-week tutorials) to train your engineers on small satellite testing. Please consult with us for your various testing needs and training needs. Note that CeNT is one part of LaSEINE, Laboratory of Spacecraft Environment Interaction Engineering.

Here at CeNT of LaSEINE of Kyutech, since 2010, we have successfully tested satellites of a diverse group of customers - from entities of government / industry / academia inside of Japan and outside of Japan. We are able to perform all environmental tests that 50-cm-class and 50-kg-class satellites require (except for radiation tests). We can handle full-unit testing, as well as subsystem and component testing. 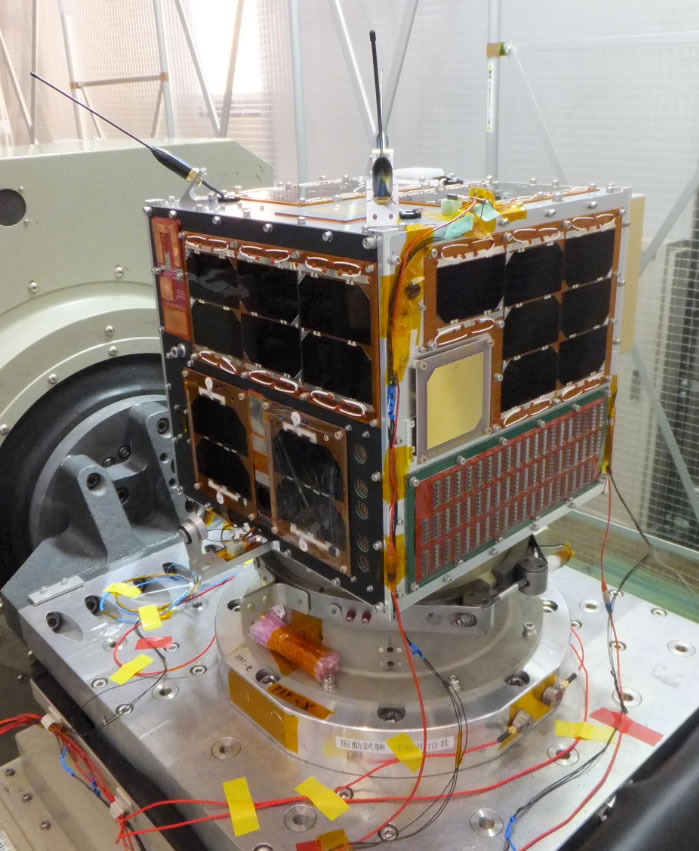 Shown here is the Horyu-4 satellite being tested at CeNT before it was launched on Feb. 17, 2016, aboard a JAXA H-2A rocket.